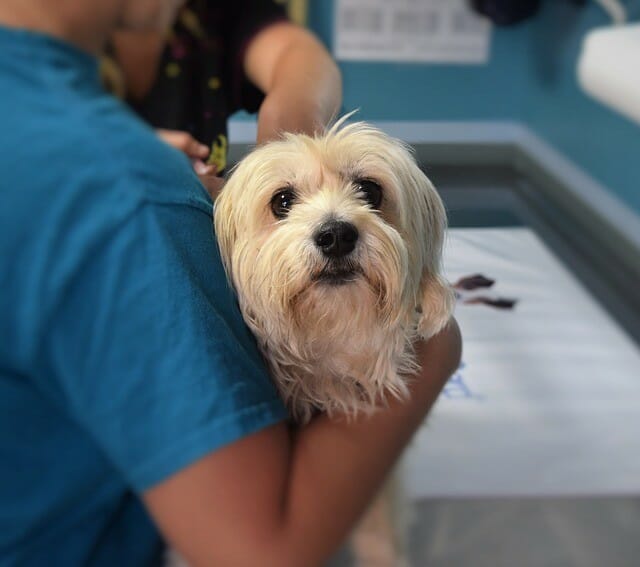 Today I want to write about what is Heartworm for dogs, Heartworm prevention in Dogs, Symptoms of heartworms in dogs and Heartworm treatment for dogs. Heartworms in dogs are a serious and potentially fatal disease in pets, the disease is spreading all over the world now but it is more common in the United States.

Heartworms in dogs are transmitted by mosquitoes bite which contains this worm called microfilaria circulating in the bloodstream of the infected animals.

The Heartworms live in the heart, lungs and other organs associated blood vessels of affected dogs, causing lung disease, heart failure, and damage of other organs of the diseased animal.

Heartworms affect other animals too, these worms can affect dogs, cats and other mammal species like wolves, foxes and in some rare cases humans. Dogs considered a host for Heartworms if the worm is not treated or not treated properly their numbers can increase. Dogs can carry so many worms, the number can reach several hundred worms.

As I said before Heartworms mainly affect the heart and lung causing severe damage that might be fatal, the problem is the damage can be permanent even after removing all the worms the dog can still suffer from the damage caused by them. THAT IS WHY prevention is the best option we have to protect our dogs If the disease is already active inside the dog it is the best to start the treatment as early as possible to reduce the damage inside the dog body.

As we noticed, it is important to understand What is Heartworm For Dogs to prevent all these problems our might have. I will start with the widespread of Heartworms, the first case of heartworm in animals discovered in the U.S in 1856. While at first, it was common only in some states in the U.S now the disease is spreading all over the world, in the U.S now all dogs even other animals like cats are at risk to get sick with Heartworms, which means it is wise to focus on the prevention of this disease.

Now you need to be aware that areas with large numbers of wild animals it has the more risk for your dog to get sick with this disease as I mentioned before Heartworms transmitted by mosquitoes bite. There are other causes for spreading this disease to areas that were clean before as shipping animals from area to another which can lead to spreading diseases all over the areas. Also, one of the reasons for spreading is the change in climate and environment, which plays a huge rule to increase the numbers of infected animals with Heartworms. Knowing all that about Widespread is a method of Heartworm Prevention in Dogs by paying extra attention to these areas and not letting our dogs get in harm because of an infected animal.

These worms need mosquito as an intermediate host to be transmitted to the dog body to be able to complete its life cycle there and in its adulthood lives in the heart, lungs and other organs. One of the facts you need to know that there are around 30 different species of mosquitoes that can carry this worm.

Then the adult heartworms start to mate and the females release their microfilariae to complete their life cycle. The life span of heartworm inside the dog is around 5 years and can reach 7 years.

Symptoms of Heartworms in Dogs

After understanding and knowing What is Heartworm For Dogs, it is time to talk about the Symptoms of Heartworms in dogs. The problem with Heartworms in early stage, there are no symptoms or signs for the disease as it takes a long time up to 7 years before dogs show clinical signs for the infection of this parasite. That is a reason that the disease mainly found in 2-8 years old dogs, not before that. Note that when these symptoms or signs start to develop and appear that means the disease is advanced and in bad condition.

The serious condition caused by adult heartworms by clogging the heart and blood vessels. They cause also problems with the heart valves which lead to abnormal function for them. In the bloodstream, they act as thrombus or embolus as they reduce the blood supply to other organs which cause multi-organ failure and damage to these organs.

The disease’s signs can vary depending on the different factors, how many worms are there, as there might be more than 10 worms inside the body, the location of these worms, how long these worms been inside the body and the organs damage sustained by these worms.

These symptoms can be seen on the infected dogs:

You can notice these symptoms more when your dog makes an effort, some dogs even faint because they do an effort and the blood is reduced and maybe because the damage on the heart is severe. There would be abnormal heart and lung sounds when your veterinarian checks your dog. In severe and advanced case the heart will not be able to do its job properly and the dog starts to show signs of congestive heart failure as fluid accumulation. In severe cases, the dog might suffer from weight loss and anaemia and generalized weakness and poor condition in general.

Microfilariae can show some minor symptoms and signs as they circulate throughout the body in the small vessels. These immature heartworms can injure mainly the lungs and liver and show symptoms related to lung injury like coughing, in the liver injury it can cause jaundice, anaemia and weakness.

As early we discover the disease we prevent further damage of heartworms and stop it from spreading all over the body and the better chances for recovery for the dog.

Your vet will do a blood test and in many cases, it can detect the presence of the parasite. After that, they will do some more tests to confirm the diagnosis and to determine the dog’s safety undergo this disease’s treatment. These tests can be serological tests including antigen test, ELISA. Radiological options to check the abnormalities in the heart or blood vessels and if there are abnormal organs (using ultrasound), they might use Echocardiography too check the heart chambers.

The infected dog starts to receive an injection with a drug called melarsomine, this drug can kill the adult heartworms. Most of the dogs receive the first dose immediately then another one followed by 30 days of resting and then 2 more infections. Many other dogs will also receive other treatment (antibiotics) to kill other infections that might accompany these worms.

After that the dog will receive a different drug to kill microfilariae the immature heartworms, your dog might be kept in the hospital during this treatment.

The treatment sounds good when the dog is infected but you need to always remember that Heartworm Prevention in Dogs is way better than just waiting for the disease to be advanced then try the treatment. Because if the dog is already been damaged with Heartworms and having an advanced infection this means the damage now is permanent and even after treatment the damage will still be there affecting the dog’s lifestyle. This case might require special treatment for these organ damages depending on which organ is damaged.

After the treatment is done it is the best for the dog to have a complete rest, as the body takes weeks to months to reabsorb dead Heartworms that can be lodged in small vessels of the dog’s lungs. Note that there might be some complication related to these dead Heartworms bodies post-treatment, that is why we should keep the dog in complete rest stage and prevent it from doing any kind of exercise.

The first week of receiving the injection is critical because it is the period these heartworms die in. Cough can be there for around 8 weeks after treatment, however, if you notice that the cough is so severe you need to contact your vet immediately and let them know.

The Best Treatment is Prevention

It is not enough to know What is Heartworm For Dogs only, Heartworm Prevention in Dogs is an important matter we need to focus on so we can protect our dogs from suffering from this disease. Many products can prevent heartworms in dogs and they are approved by the FDA. Most of these products are given monthly, something like vaccines. There are different types of these drugs, some are liquids applied on the skin and some are the tablet for oral use. There are products injected every 6 months as an injection. Some of these products contain other ingredients that can protect the dog against other intestinal worms such as round and hook-worms.

This video explains everything in 6 minutes.