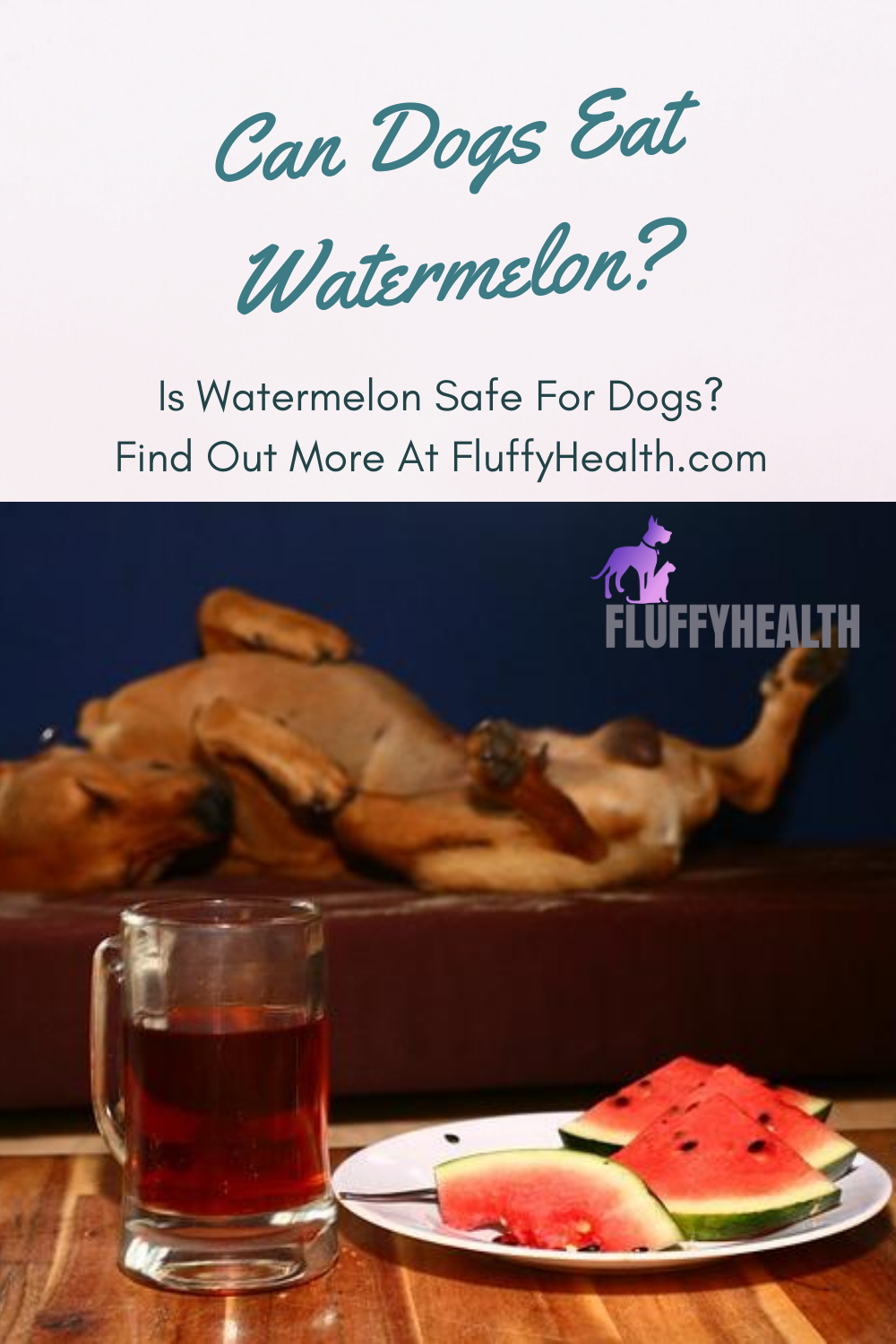 Can dogs eat watermelons? It’s astonishing how many dog owners with no clear answer to this question. Watermelons are a delicious fruit, especially during summer, but are they safe for dogs?

Although it’s a wonderful thing to eat watermelon in summer, generosity shouldn’t be the leading reason when making nutrition decisions on behalf of your dog.

Before delivering every new type of food, thorough research should be performed, especially if human foods were served to pets.

To spare you the read, YES, dogs could enjoy a slice of watermelon too. Still, we must first spot the lights on several aspects before delivering a fully satisfying answer regarding why we’ve said yes when our answer could be subjected to changes.

However, if you enjoy this delicious treat but have stopped briefly of sharing it with your puppy, for concern that it might not be right for them, your instincts were somewhat correct. Watermelons can truly be a healthy dog treat if fed to your dogs in moderation & correctly.

This lovely green and red mixture origin go back to West Africa. Watermelon cultivation started in the 7th century in India. From the 10th century until now, China is considered the largest producer of watermelons.

In 2017, USDA estimated production of more than 40 million pounds of watermelon throughout the entire country, in which the average US citizen consumes about 16 pounds.

The name “watermelon” is because water represents almost more than 90% of the fruit, which surprisingly can be called fruit and vegetable at the same time. Watermelons have more than 1000 different types, and they vary a lot in shape and size from regular ones to very large ones.

It’s freshness taste, and attractive look makes watermelon one of the most popular summer fruits ever by humankind.

Can dogs eat watermelons? It can be an important question. But, is it safe for dogs? Although fruits aren’t considered as a primary source of nutrition for dogs, that shouldn’t necessarily forbid them from enjoying a slice or two.

Watermelon carries within many benefits for both humans and dogs; here are some.

Watermelon is a source of many vital nutrients for dog’s bodies, including vitamin C, vitamin B6, vitamin A, Potassium, and more.

Watermelon consists mostly of water, that’s why it’s not surprising to figure out it only contains 50 calories a cup, which is very good if you and your dog were planning to maintain weight.

IGF or insulin-like growth factor is a hormone linked to cancer when found in high quantities in the body. The compound lycopene, which is present in watermelon, could help reduce IGF, which would eventually help fight cancer.

Lycopene present in watermelon has a role in lowering cholesterol and blood pressure; other watermelon nutrients are good to the heart.

Watermelon is full of vitamins A and C, which they both play different roles in improving the skin, vitamin A makes it shinier. In contrast, the collagen found within vitamin C makes it suppler.

Watermelon is also good for your dog’s hair, as it makes it longer, healthier, and shinier.

If you are still struggling to find out whether dogs can eat watermelons or not, you are prohibiting your dog from many benefits and get watermelon now!

Indeed, watermelon is a healthy fruit with many benefits, but only if fed to dogs in moderation & correctly. Therefore, the following are downsides of watermelon for dogs.

According to a recent study done by the American Cancer Society, lycopene’s daily intake shouldn’t surpass 30 mg per average person (dog’s regular need less than humans). When this occurs, many Intestinal issues follow, such as diarrhea and indigestion.

Although swallowing seeds usually don’t pose any problem to us, dogs have a relatively smaller digestive system than we do. The smaller your dog was, the more susceptible he was to intestinal blockage from seeds.

Unlike the inner lining, the rind of watermelon could be the most difficult part to chew. Furthermore, dogs don’t have strong teeth, nor do they have large digestive systems as we do, this could lead to many intestinal problems such as vomiting, abdominal pain, and constipation.

Is Watermelon Safe For Dogs?

After answering the question, can dogs eat watermelons? It is time to answer a more important question which Is it safe for dogs? As a dog owner, you should be careful when feeding your dog watermelon, especially with the seeds and the skin, as they are strictly off-limits.

The dangerous part about these black seeds from watermelons is that they can cause intestinal obstructions in small dog breeds if swallowed, so you need to remove them first.

Nevertheless, the risk of intestinal obstruction can be eliminated for all dog breeds by buying seedless watermelon, which makes it an effortless alternative to removing the seeds by yourself.

What About Artificial Watermelon Flavors?

Can dogs eat watermelons with these artificial flavors? Well, this is a different set of questions that require a new aspect of the review.

The main difference between sweet products with watermelon flavors and actual watermelon is that they contain tremendous amounts of sugar, unlike the summer-friendly, water-filled watermelon.

We always say that animals don’t process sugar as we do, small amounts are permitted, but, when given irregularly, sugar increases the likelihood of obesity, diabetes, and stomach upset.

How Much Is Too Much Watermelon!

Letting dogs eat watermelon can be useful if served as a treat only. As mentioned before, moderation is key. You can feed your dog watermelon, which will be a good thing for the body. However, dogs differ in size and breed, and these differentiations lead to many different sets of dietary needs among dogs. Therefore, you need to check with your veterinarian before making any dietarian decisions.

Can Dogs Eat Watermelons? My Opinion!

Although we answered the question, can dogs eat watermelons with a Yes and all that benefits watermelon has, you still need to be careful and thoughtful when it comes to feeding your dog our food? You must understand that this type of food is not meant for dogs. Personally, I would love to give a dog or even cats some watermelon, but only as a TREAT, nothing more!

If you have more information about watermelon for dogs, please write them down below in the comment section. So, every dog owner benefits from that.