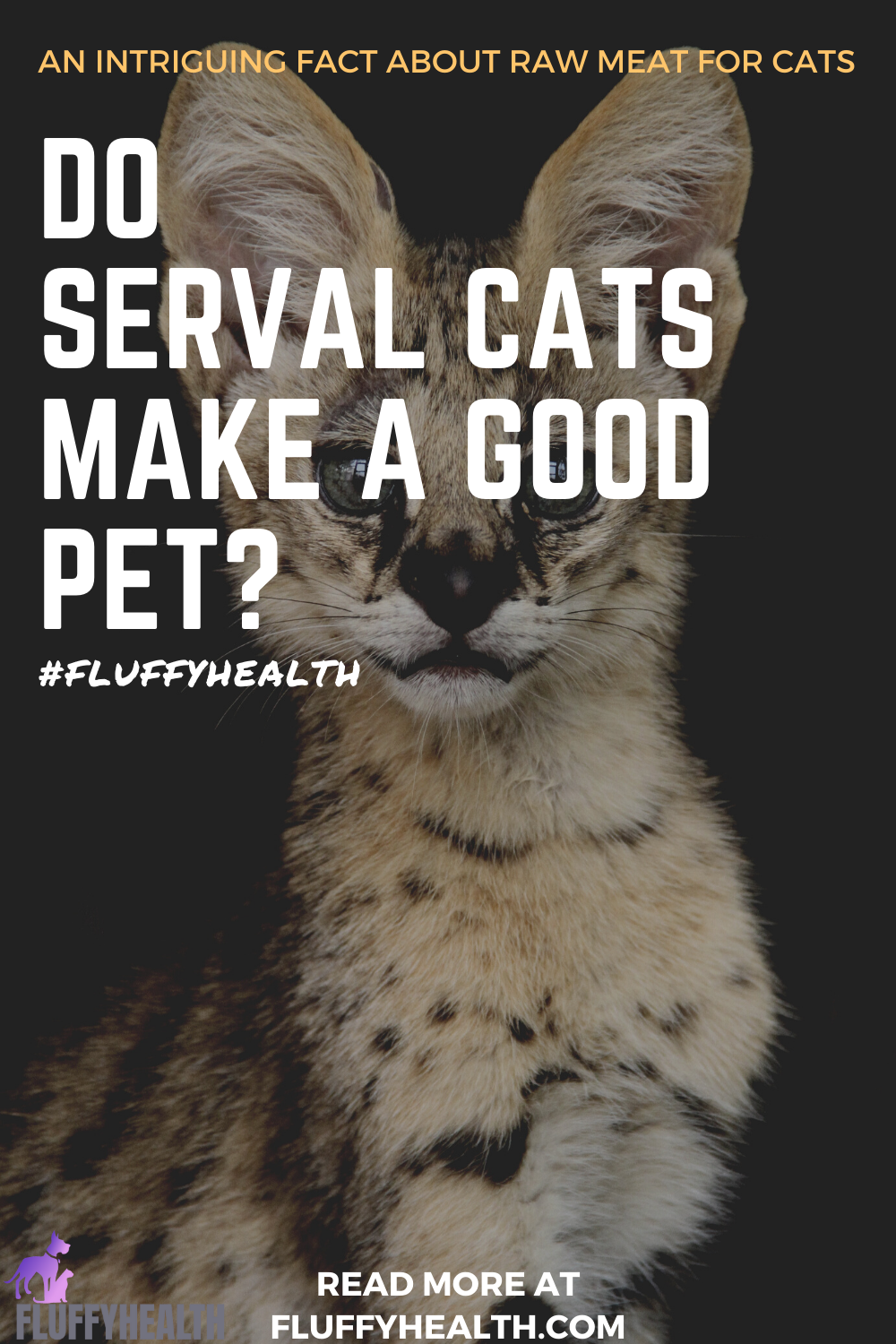 Do serval cats make a good pet? The serval cat is native to Africa, where high grass and bushes can conceal it, enabling it to sneak up on its victim. Males are tougher than females, whereas females are smaller.

The serval has the longest legs concerning the body size of any cat. The coat is golden-yellow to white, with numerous black spots and stripes that vary in size. They look like cheetahs, although their tails are shorter than those of their larger relatives.

Servals emit a range of noises or vocalizations, including a high-pitched call to summon other servals, growling, purring and more. They prefer to hunt in areas where they can hide and are close to water. It prefers semi-arid regions and cork oak woods near the Mediterranean Sea but avoids rainforests and desert environments.

Serval hunting is unpermitted in many African countries. Serval Cats are wild cats that are tamed to the point of being able to be kept as pets. Even though these cats have been kept as pets, they are not classified as domestic animals.

Serval cats can bond with humans, especially if they are bottle-raised and hand-fed, but serval cats make a good pet? Are they a threat to humans?

It is known that if you raise a serval cat and take good care of it, you could make a life- bound together. They are friendly, but training them requires time and a careful touch. While you can try to tame a serval, they are frequently afraid of strangers and are easily startled by guests.

Serval cats are placed in the wild animals’ zone because they acquire their features, but is it dangerous? Serval cats can be raised in the house only under certain conditions. Owners should always know how to treat them, exceptionally, unlike normal cats.

They cannot be raised around normal cats or children because they still have their hunting instincts, and they may be too harsh with children or regard them as toys or prey when they play with their claws and teeth. To conclude, the danger associated with this breed depends on the environment in which they are placed.

Another feature that might list them as dangerous animals is that exotic cats do not have authorized vaccines; therefore, there is no way to safeguard the cats or those who come into touch with them.

Pros And Cons Of Having Serval Cats

People are confused about whether to have serval cats as pets or not. Therefore, we will discuss the pros and cons, so you have a clear answer to today’s question, do serval cats make a good pet?

They can be taught to understand a variety of orders thanks to their great intellect. They are being intelligent means they understand and enjoy playing. They will find a way to get into everything. This is an excellent kitty to take on your trips if you are energetic, but do serval cats make a good pet? Being intelligent also means that they hey will want to do things their way.

When it comes to upkeep, the Serval cat is absolutely low maintenance. They have a short coat and only need to be cleaned once a week. They also have a lower shedding rate and emit less hair than a typical cat. They are not hypoallergenic, which means people with allergies are not obliged to stay away from them.

Serval cats tend to follow their owner all around the house. They develop a sense of affection towards their owner, and they like playing with them and greeting them at the front door.

The Serval cat does require a great deal of attention. They also need a lot of playtimes, toys, and activities. Moreover, Serval cats are excellent companion explorers for active people. If you’re doing anything outside, keep them on a leash unless they’re well-trained.

Serval cats like exploring, hunting, swimming, running and even climbing, so they need a zoo-like environment. These homes can be costly to build, and confining a serval cat in a limited space or an interior-only choice will prevent them from expending all of their energy or fulfilling their natural impulses.

They have a keen hunting instinct, and due to their size, they rarely miss while catching prey, so do serval cats make a good pet? If you have a house full of small animals, it is preferable not to have a serval cat.

Serval cats are loving and usually do not attack humans, but keep in mind that this is still a wild animal. They can knock over enormous objects, scratch and destroy furniture, jump exceedingly high, and crash into things, so when playing with children, they could harm them.

Depending on the Serval cat’s breed, they may require a particular diet. They like food similar to what they would consume in the wild because they have not been as domesticated as other cat breeds. The advised diet for serval cats is raw food like chicken, turkey, mice, rats, rabbits, etc.

Do serval cats make a good pet? The answer to this question is relative. It depends on many factors. These wild cats are around the size of a medium-sized dog, but they still have wild instincts and are clever escape artists, making them unsuitable as house pets.

They are hard to contain in a home or enclosure setting, and they represent a threat to humans, children, and other animals. In captivity, their own safety is jeopardized. If you still insist on adopting a serval cat, it’s critical to know precisely what you’re getting into.

While they are adorable and entertaining, they will require a great deal of time and care to be taught appropriately and cared for, so before adopting one, you should make sure you’ve done your homework correctly.